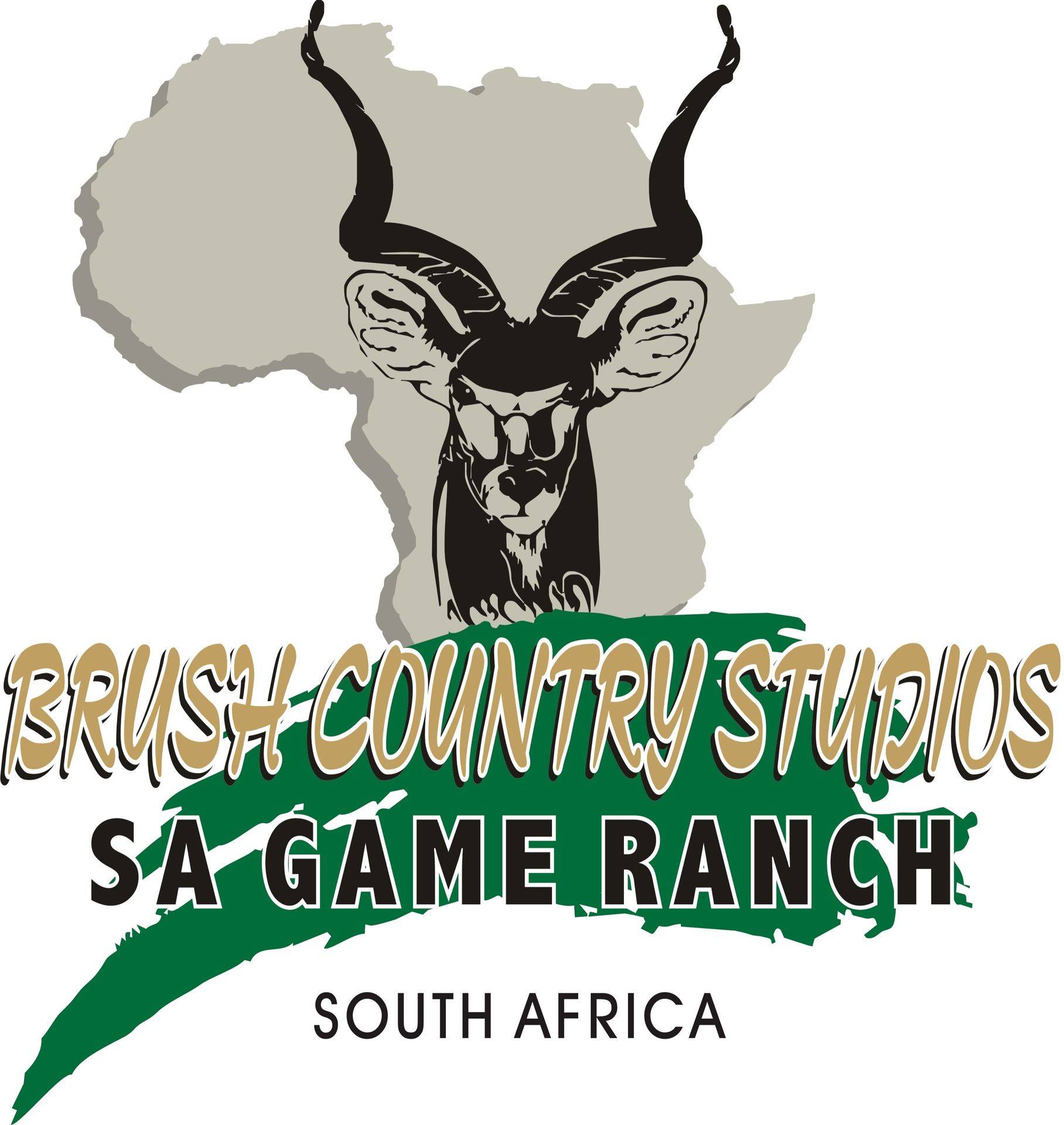 On the 5th August 2018, 24 wild Lions, donated from carefully selected game reserves around South Africa; were released into the Zambeze Delta area of Mozambique. It’s the most ambitious undertaking of its kind, with 18 females and 6 males set to establish a sustainable Lion population in this remote area.

“This historic move marks an important milestone for lion conservation,” said Ivan Carter, whose Wildlife Conservation Alliance, through the Cabela Family Foundation, raised the funds and, with the support of Mark and Glen Haldane, participated in the logistics for the move. It follows more than two decades of conservation investment by Mark Haldane and his partner Carlos Pacheco Faria from Zambeze Delta Safaris (Coutada 11) as well as significant investment in the conservation of the area by Alvaro Rola and his team at Marromeu Safaris in Coutada 10, the neighbouring concession that has partnered in this initiative.

Thanks to these efforts, poaching is at an all-time low and wildlife numbers are at their highest in decades, says Haldane, and this sets the stage for the reintroduction of the apex predators that were once so abundant in the region; says Carter, we are adding over 2 million acres to the wild lion’s home range – that’s a huge step for conservation and a BOLD move for the wild lions of Africa. According to the on staff Dr of Zoology; Byron Du Preez “In 20 years, we could be looking at an ecosystem that has 10% of the world’s wild lions”.

Globally, lions are under threat as their habitat has diminished by 75%, leaving a population of a mere 25 000 at most – all of this due to habitat decrease and human pressure, resulting in human lion conflict wherein the lions are usually killed. While Mozambique’s wildlife was decimated by the country’s civil war and subsequent bushmeat poaching, in the last 20 years, this ecosystem in particular, has made a remarkable recovery, with the exception of its lion population. “This is once again an area with more wildlife than you could ever imagine; particularly Coutada’s 10 and 11. It’s been missing only one thing - Africa’s apex predator - the lion,” says Haldane.

Despite offering suitable habitat, there are only very occasional big cat sightings as “the area is too far from other free-ranging lion populations for them to establish themselves without help,” explains Oxford-trained lion researcher, Dr. Byron du Preez, who, alongside Mozambican Zoologist Carlos Bento, conducted the feasibility study for the move. Once complete, this exercise will add two million acres of additional range for Southern Africa’s wild lion population.

Du Preez and Bento are confident that the lions will thrive on their release, with plentiful prey, effective counter-poaching operations, ample room to roam and the support of welcoming local communities under the leadership of Chief Thozo in the north and Chief Bichote in the South. Consensus from community meetings, is that people have benefited from the resurgence of the area’s wildlife in recent years and they have been widely consulted around the arrival of the lions, notes Du Preez.

The support of the Administração Nacional das Áreas de Conservação (ANAC) has also been integral to the project’s success, with gratifying scenes on the ground when the lions were “welcomed home,” by both Chief Thozo and several Mozambique Government Officials – in a moving statement, Chief Thozo placed his hand on a lion and said ‘I welcome these lions to my kingdom, for indeed I too, am a lion”

The 24 lions come from several game reserves in South Africa, and were carefully selected to ensure the lost intact regional genetics as well as a being thoroughly tested to ensure excellent health prior to the move, in accordance with international laws. They were also quarantined for the requisite time in South Africa prior to their journey by plane to Mozambique. “We have been very careful that no captive bred lions have been included in the project, and are excited to have been able to source truly wild, genetically intact specimens,” says Carter, who has worked on various large-scale conservation projects throughout Africa.

While the lions were donated to the project, the move itself and associated costs have been supported by the Cabela Family Foundation, which identified this ambitious project as a fitting legacy project for its conservation work, particularly, given matriarch, Mary Cabela’s passion for lions and Africa’s wild places.

"This historic restoration makes a lot of sense to the Cabela Family Foundation. It is through sound conservation practices that the wildlife in Coutada 11 has rebounded and the area now seems to be nearing a healthy carrying capacity,” says Dan Cabela who, with his mother, Mary, flew out to participate in the move. “We believe that through our partnerships with Ivan Carter’s Wildlife Conservation Alliance, Zambeze Delta Safaris, Marromeu Safaris as well as all other local, and government stakeholders, we can achieve a greater natural balance within this already thriving ecosystem by reintroducing these 24 lions. It’s a proud moment,” he notes.

There are tracking collars on 15 of the lions and on release, and they will be closely monitored. Although the area where the lions are being released is a hunting area, none of these 24 lions will be hunted. As a potential lion stronghold, the donors, and the entire conservation team are confident that the massive anti-poaching efforts and ongoing research and follow-up will see these animals thrive.

“The effectiveness of our counter-poaching operations has led to the huge increase in wildlife in the area, in turn making it a viable habitat for apex predators,” says Haldane, citing the remarkable recovery of the area’s ungulates, and in particular its buffalo population - which has grown from about 1200 to over 20 000 - as an example of what happens when committed people invest in conservation. He goes on to say “The Ivan Carter Wildlife Conservation Alliance, as well as other loyal donors like DSC Foundation (Dallas Safari Club Foundation), have funded a comprehensive anti-poaching effort, with helicopter support, game scouts on motorcycles and carefully deployed foot patrols, giving us the ability to offer our wildlife exceptional protection.”

“This bold and strategic introduction of 24 lions into this system will help re-secure what was once a renowned lion stronghold. It has been a remarkable example of all stakeholders working together for the good of wild lions and the ecosystem. We look forward to strong working partnerships with law-enforcement, communities and our donors.” Ivan Carter.

“I arrived in June of 1994 to conduct my first safari in Coutada 11. The area was vast and wild and despite the scarcity of game I quickly fell in love with it. This started what has become a now 24 year journey to restore this ecosystem to where it is today; an area with more wildlife than you could ever imagine, even surpassing my wildest dreams, missing only one thing - the roar of lions - until now!” Mark Haldane.

“Although the delta is a very wild place, an important apex predator from its glorious past has been missing. It’s been a privilege to help bring them back and we look forward to someday realizing the full potential of this restoration.” Dan Cabela.

About The Cabela Family Foundation

The Cabela Family Foundation strives to participate in long-term, high-impact partnerships that will fulfil the foundation’s mission to build and create partnerships and projects which promote outdoor recreation, conservation, and charity toward others.

About the Ivan Carter Wildlife Alliance

This non-profit conservation organisation develops and implements holistic wildlife conservation solutions with, and involving, indigenous communities. It provides financial, material and tactical support to counter-poaching groups and actively works to increase the awareness and acceptance of the value of maintaining diverse wildlife populations. Working with conservation hero’s, the alliance is fast to mobilize funding from the donor community to address real needs on the ground. No less than 90% of all donations reach the specific destination for which they are intended.

Zambeze Delta Safaris has been operating in Mozambique in Coutada 11, for almost 3 decades. Their operation is based on sustainable game utilization through a long term lease with the Government. They pride themselves on sound management and anti-poaching practices, which have assisted in making its areas of operation some of the finest free roaming game lands in Africa today.

Email sent to us and sharing this fantastic news!  So proud of you Mark and all involved!!!  May God bless these lions for generations to come........

BY APPOINTMENT ONLY - PLEASE DO NOT VISIT WITHOUT A SCHEDULED APPOINTMENT.  THANK YOU